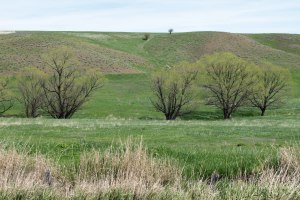 Walter John Forsea was born at Home, Oregon  on  the Snake River on June 28, 1924 to parents Blanche and Dan Forsea, Sr. and delivered by “Mom” Basche.  He was raised with five siblings: Harold, Bob, Margaret, Walt & Pearl.

Walt attended the Park Creek School, a one room school on the Snake River, for grades 1-8.  At age 6 or 7 he rode to school on a horse. His teacher drove a Model A and often stayed with the family while teaching. At one point he was the only student his age at the school. For high school Walt came to Richland and stayed with a family to attend school, which is now the Seventh Day Adventist Church. Walt graduated 1941 at age 16, a class of 15 students. He also lettered in football.

After graduation, Walt went back to the Snake River and worked on the family ranch and neighboring ranches for $1 to $1.50 per day.  He preferred working for the Basche Ranch as they paid the best wages.

Walt was drafted into the military and served 1944 to 1946. He was in the F Company 19th Infantry 24th Division.  He served one year in Japan occupation and 6 months combat at Mindanau, Phillipines.  Walt was first scout and his platoon took the island back for the Phillipines from the Japanese.  After two years he was honorably discharged as a 1st Sergeant. Walt returned to the family ranch in August 1946.

Walt, his brother Bob, and their dad did all the work on their ranch except for haying. It was a community of helping, whether it be haying, or if there was a house or rangeland fire, everyone pitched in. Everything in that time was done with a team, wagon or sleigh.

During the depression when times were so tough and people in town were really struggling, the Forsea’s barely noticed, as they were living off the land and did quite well. They had pigs and chickens to eat.  They milked their cows and sold cream and shipped it out to Portland. Those monies paid for what groceries they needed.  They sold bummer calves and picked local fruit and walnuts to sell, and raised a big garden.

Walt’s favorite hobby not work related while living on the river, was to come to town and visit with people.  No one was a stranger.  There were family potlucks and dances on the river.  Everyone brought their kids and would put their coats in a big pile.  When the kids got tired they slept effortlessly on the coat piles.

In 1964 (approx.) Idaho Power bought out the Forsea property on the Snake River.  They used the monies as a down payment for several family ranches in Richland.  Many improvements were made in the valley including tree removal and land leveling, spring development, fencing and improving cropland and water troughs.  Since there was no government regulations it was much easier to make the needed improvements.  Walt’s biggest accomplishment on the ranch was seeing the ranch being built up from nothing to what it is today.  It took five years to get productive farm ground in the valley when they moved to Richland.  The ranch truly has something to show for the countless hours the family endured.  Looking back on the history of the ranch, would Walt do anything different? The answer is "no."

In 1949 Walt met and married Donna Jackson.  They lived on the Snake River at the “home place”, one of the four family residences.  After the river property was sold, they moved to the Richland valley. In 1959 they built a house for $16,000 and Walt helped the contractor a great deal. Walt and Donna had 3 children, Dan, Pat and Jane. They later divorced, but remained great friends.

Walt’s work was his hobby but in his spare time when he wasn’t out visiting with people, he did leather work.  He repaired saddles and tack and also made chaps for his kids and grandkids and reveled in seeing the little ones getting their first pair of handmade chaps.

Being able to help in his community or people in need was not a chore for Walt, he did it gladly.  Some of the community programs Walt has served on: Board member for several ditch companies; 9 years as school board member; Lion’s club charter member; Scout Master for over 50 years, helping 18 scouts get their Eagle Scout status,  Walt received the District Award of Merit and the Silver Beaver from Boy Scouts of America. ; Grange member on the Snake River and for the Eagle Valley Grange serving as their Grange Master for 20 years; Episcopal Church Board member; Northwest Rodeo Producers founder and board member; Halfway Fair Board member; Elk’s Club member (Weiser, ID).

A steady and true Waltism and exactly how he lived his life shared - " Be the best you can.....EVERYDAY!!!!!"  or hearing him say "Ah the heck."  Or when he shared that fabulous smile of his.

He was preceded in death by his wife of 45 years Norma; parents, sister Margret; brothers Harold Forsea and Robert Forsea; grandson Jacob Corning.

Walt is survived by his children Patricia Pickard and her husband Clair of Keating Valley, Jane Leatherman and her husband Doug of Sumpter, Dan Forsea and his wife Renece of Richland; Lana LaZott and husband Chuck of Rainier, Or, Connie Forsea and Toni Corning of Richland, OR., Niki Hutchinson of Crouch, ID; 12 grandchildren; 21 great grandchildren; sister Pearl DuMars; and many nieces, nephews and extended family.

For those who would like to make a memorial donation in memory of Walt, the family suggests the Eagle Valley Grange, Eagle Valley Ambulance or the charity of your choice through Tami's Pine Valley Funeral Home & Cremation Services PO Box 543 Halfway, Oregon 97834.  Online condolences may be shared at www.tamispinevalleyfuneralhome.com

To send flowers to the family or plant a tree in memory of Walt Forsea, please visit our floral store.