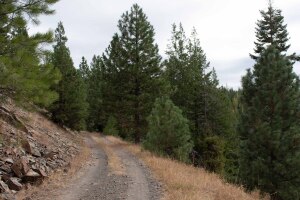 Phil was born November 15th, 1950 in Lakeview Oregon to Kenneth and Elaine Erickson.  He was raised in Pleasant Hill, Oregon along with his two brothers Don and Steve.

Phil participated in many sports, and became a natural running track and cross-country.

Growing up, Phil had a deep passion for the outdoors. He was an avid hunter and fisherman. He cared deeply about family and friends and was known to give the shirt off his back to help anyone in need. He was also known to be quite the prankster.

Phil attended Eastern Oregon State College where he met the love of his life Linda Shearer. They married in 1972 and had their first child the following year. Phil earned his Bachelor of Science in Education in 1974. He and his family moved to The Dalles, Oregon where he began teaching at Chenoweth Elementary. Phil and Linda had their second child in 1975. It wasn’t long before he discovered he was not meant to spend his working hours indoors, so in 1979 he resigned from teaching, and began working as a lineman for People’s Utility District (PUD) in The Dalles Oregon. With the help of a friend, Phil built the family home on Cherry Heights in 1984.

Aside from fishing and hunting, Phil often spent his free time camping, cross country skiing, snow-shoeing, and horseback riding. Physical fitness was important to him and he exercised religiously every day before and after work. Phil was hard-working, charismatic, funny, smart, and loyal to his friends and family. He tragically lost his wife Linda to cancer in 2012.

After retiring from PUD, Phil moved to Baker City where he met a wonderful group of friends including Marquetta Lundell. Phil and Marquetta’s friendship grew into a loving relationship and they became best friends. They enjoyed camping, and spending time at their cabin.

Phil is proceeded in death by his wife Linda (Shearer) Erickson.

Should friends desire, contributions can be made out to the either of the following animal rescue organizations: Best Friends Animal Society or Home At Last Humane Society through Tami’s Pine Valley Funeral and Cremation Services, PO Box 543, Halfway, OR. 97834. Online condolences can be shared at www.tamispinevalleyfuneralhome.com