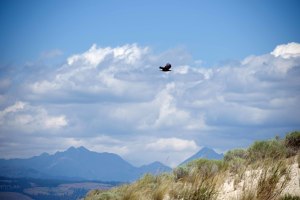 Leon D. “Shorty” Welch, 75, a longtime resident of the Vernonia and Richland communities, died Wednesday morning, May 20, 2020 at his home in Richland. LEON D. “SHORTY"  was born on June 21, 1944 in North Platte, Nebraska, the son of the late Wayne Lester and Idris Inez (Dillon) Welch. As a young child he moved with his family from Nebraska to the Vernonia community, where he was raised and received his education having been a graduate of Vernonia High School.

Following his graduation, he worked in the logging industry until he enlisted in the United States Army in June 1965 in Portland, Oregon.

Upon his return from Vietnam and honorable discharge from the Army, Shorty made his home in the Vernonia community and worked with numerous logging companies in the area. Eventually, he made his way up to Alaska where he also worked in the logging industry for close to 30 years.   Shorty enjoyed his retirement in the town of Richland for 20 years.

Among his special interests he enjoyed spending time with his family and many friends, hunting and fishing with his brothers and nephews, cutting firewood, and making friends everywhere he went.

Shorty is preceded in death by his parents, Wayne Lester and Idris Inez Welch and his brother, Ronald “Ron” Welch.

Survivors include his son and daughter in-law, Michael and Cody Welch, of Sheridan, Wyoming; his two brothers and sisters-in-law, Wayne "Larry" and Lorna Welch, of British Columbia, Canada; and Darwin Lee and Linda Welch, of Vernonia, Oregon; his sister, Darlene Faye Mcleod of Vernonia, OR;  and his sister and brother-in-law,  Gayle Rogene and Clifford Yokley, of Atwater, California.

Also surviving are his three grandchildren,  Kyler Canun Welch, of  Oklahoma; Scout Avery Welch of Sheridan, Wyoming, and Grace Ann Dahlen of Sheridan,Wyoming;  along with numerous nieces and nephews.

For those who would like to make a memorial donation in memory of Shorty, the family suggests Creating Memories (helping those children with ability in their challenges to enjoy hunting, fishing, camping and more) through Tami's Pine Valley Funeral Home & Cremation Services PO Box 543 Halfway, Oregon 97834.  Online condolences may be shared online at www.tamispinevalleyfuneralhome.com

You can still show your support by sending flowers directly to the family, or by planting a memorial tree in the memory of Leon "Shorty" Welch
Share a memory
© 2021 Tami's Pine Valley Funeral Home and Cremation Services. All Rights Reserved. Funeral Home website by CFS & TA | Terms of Use | Privacy Policy