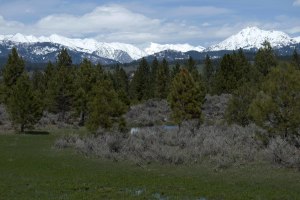 Larry Lee Flescher, 71, of Richland, Oregon; passed away at St. Luke’s Medical Center in Meridian, Idaho on August 30, 2020.  He will be laid to rest in a family plot up the Yachats River, without a ceremony (per his wishes) at noon on Sunday, September 6, 2020.

Larry was born in Toldeo, Oregon and was raised 10 miles up the Yachats River, where he lived until he joined the Navy for the first time at the age of 18.  During his time in the Navy, Larry was a part of the recovery of the Apollo 11 capsule upon its return from the moon, including recording President Nixon’s address to the crew of the USS Arlington, watching the splashdown, and even shaking hands with President Nixon himself.

After living the majority of his life on the Oregon Coast, Larry moved his family to Halfway, Oregon in 1993.  He made many treasured friends in the  surrounding area and vowed to spend the rest of his days in Baker County.

Larry was a published writer, having written an endearing, touching, and often hilarious book about his experiences as a 12-year-old boy in rural Yachats called Rural Route Box 597 ‘1959’, (available for purchase on Amazon.com).  He enjoyed hunting, fishing, and was a proud Life Member of the VFW.

The thing that Larry would like to be most remembered for is “Being a Good Father.”  According to his children “He was a Great Father! Mission accomplished Dad.”

For those who would like to make a memorial donation in memory of Larry may do so to the local VFW Post #7847 through Tami's Pine Valley Funeral Home PO Box 543 Halfway, Oregon 97834.  Online condolences may be shared at www.tamispinevalleyfuneralhome.com

To send flowers to the family or plant a tree in memory of Larry Flescher, please visit our floral store.

You can still show your support by sending flowers directly to the family, or by planting a memorial tree in the memory of Larry Flescher
Share a memory
© 2020 Tami's Pine Valley Funeral Home and Cremation Services. All Rights Reserved. Funeral Home website by CFS & TA | Terms of Use | Privacy Policy