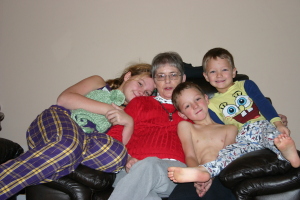 Kaye Devita, 76, of Baker City, died Sunday, September 27, 2020 at her home surrounded by family. A celebration of life will be held at a later date, place and time to be announced.

Alice Kaye Panton was born June 23, 1944 in Roanoke Rapids, NC.  She was raised in Milwaukee, NC and attended High School in Conway, NC where she graduated.  She then attended East Carolina University where she earned her Bachelor of Science Nursing Degree.  She graduated in 1966 as part of East Carolina’s first nursing class. During College Kaye and her cousin Blannie were in Angel Flight, a women’s Auxiliary supporting Air Force ROTC.

Upon graduation, Kaye moved to Baker where she married Ross Brinton.  On Valentine’s Day, 1971 she welcomed her son Charlie into the world. She then married Ralph Devita in 1976, continuing to live in Baker City.

Kaye loved being a nurse.  Upon arriving to Baker she worked as a nurse for Dr. Burns then later working at the Baker Clinic for Dr. Robert McKim for many years.   Among many highlights of her nursing career she was a Nurse on the Olympic Medical Bus when the Olympic Flame came through Baker in 1984.

Kaye was a Cancer survivor and never let the diagnosis slow her down.   Kaye cherished her grandkids in every way and loved helping to raise them and watching them grow up.  She enjoyed watching them play sports, often proving her devotion to them by sitting through games in the rain and cold.  Her home was filled with photos and crafts she had made. A notable saying she’d repeat was, “Don’t move it and I won’t have to dust”. Kaye also enjoyed watching animals in her yard, a goose, ducks, deer and cats, they were all welcome in her yard. Kaye loved watching college sports where she would cheer on East Carolina, North Carolina and Duke University. Every year during March Madness she would fill in her tournament brackets and watch every game.  Kaye also enjoyed her time as a line judge for Baker Volleyball.  Kaye attended and helped at every Baker Chapter Oregon Hunters Association banquet since 1995.  She adored all things purple, Lilly’s, wild roses, and especially Elvis Presley. In addition, she was a member of the Order of the Eastern Star.

Kaye was truly an amazing artist who was especially great at cross stitch. She could sit down with a piece of material and a pile of embroidery thread and create a masterpiece. Not many people could recreate Bev Doolittle with thread! She also enjoyed painting ceramics with her friends Sherry, Joanna, and Linda.  Kaye was proud to show off her painted Santa statues and display them every Christmas. She enjoyed them so much that she decided she would leave many of them up through the year to just look at.  Kaye and Sherry Younger would set up a ceramics table in the park during Miners' Jubilee.  They would spend their time taking photos and learning the names of every dog that came by and made sure the water bowl was always full for them to get a drink. They could care less if they sold any ceramics, that was a bonus.

Kaye was preceded in death by her husband Ralph Devita; parents Charlie and Bertha Panton;  dear friends Marla Cavallo and Sherry Younger; Kaye’s beloved dog Annie died a few days after Kaye. We as a family are comforted in knowing that the two are together again.

For those who would like to make a donation in honor of Kaye the family suggests Best Friends or New Hope for Eastern Oregon through Tami’s Pine Valley Funeral Home and Cremation Services PO Box 543 Halfway, Oregon 98734. Online condolences can be shared at www.tamispinevalleyfuneralhome.com

To send flowers to the family or plant a tree in memory of Kaye Devita, please visit our floral store.

You can still show your support by sending flowers directly to the family, or by planting a memorial tree in the memory of Kaye Devita
Share a memory
© 2020 Tami's Pine Valley Funeral Home and Cremation Services. All Rights Reserved. Funeral Home website by CFS & TA | Terms of Use | Privacy Policy