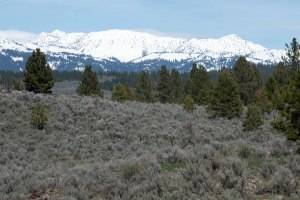 John Randall, 90, of Richland, Oregon died at his home on Tuesday, December 8, 2020 with his family at his side.  A Memorial Service/Celebration of John's Life will be held Spring/early Summer of 2021.  (Date and time to be announced)

John married Dorothy Ellen Williams on September 18, 1949 in Richland.  They moved to Halfway and farmed for 4 years.  Teresa was born in 1950 and Rocky in 1953.  They moved to Pondosa, Oregon in 1953 where John worked at the saw mill until it closed in 1959.  Judy was born in 1957.  The family moved to Richland, Oregon and ranched there and in Sparta.  John was a member of the Pine Eagle School board from 1969 to 1983.  He also was on the school budget board and ESD board for Baker County.  He served on several agriculture boards in Baker County.  John and Dorothy were conservationists of the year for Baker County in 1991.

John enjoyed hunting and camping with the family and a good visit with friends or strangers.

John was proud of his family and loved them all, especially the little ones.  His true love was his land and cattle.  He said he never had to go to work, he liked the ranch life that much.  John was an honest man and never knew a stranger.

John had fond memories of moving from Idaho to Oregon the fall of 1945.  He was 15 years old.  Everything was moved by automobile except the livestock which was trailered from Weiser.  This took 3 long days and nights.  The chuck-wagon, horses and cattle were ferried across Snake River to Mineral and left overnight at the Forsea Ranch, arriving in Richland late the next night.

He was preceded in death by his parents Chet and Faye Randall; brothers Wesley and his wife Marilyn Randall; Sisters-in-laws and their husbands - Isla and Loran Graven, Lorene and John Chandler and Granddaughter Gienel Lattin Del Curto.

For those who would like to make a memorial donation in memory of John, the family suggests the Hilary Bonn Benevolent Fund or the charity of your choice through Tami's Pine Valley Funeral Home & Cremation Services PO Box 543 Halfway, Oregon 97834.  Online condolences may be shared at www.tamispinevalleyfuneralhome.com

You can still show your support by sending flowers directly to the family, or by planting a memorial tree in the memory of John Randall
Share a memory
© 2021 Tami's Pine Valley Funeral Home and Cremation Services. All Rights Reserved. Funeral Home website by CFS & TA | Terms of Use | Privacy Policy