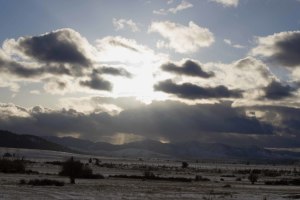 Jerry Coalwell, 74, of John Day, OR. died on Thursday, March 19, 2020 at the home of his daughter in Vale, Oregon, after a short battle with cancer. A celebration of life will be held at a later date.

Jerry was born May 16, 1945 in Prairie City, OR.  to parents Frank and Betty (Combs) Coalwell.  He was raised and educated in Bates, Baker City, and Prairie City where he graduated in 1964.

In 1972, Jerry met Marla Howland in Bates, OR. Their first date was to John Day for Pizza at midnight.  He won her heart with his fast cars and his quiet personality. On December 23, 1974 they were married in Weiser, Idaho. They made their home in Bates, Oregon for a few years until Jerry transferred to the John Day Mill in 1975.

Jerry loved driving hot rods and buying fast and pretty cars. His favorites were GTO’s and 67 Chevy’s.  He enjoyed yard-sailing and finding treasures.  In his younger years he enjoyed running around with Dick Greer and the Comb brothers.  Jerry especially loved playing in the hills with family and friends. His favorite place to be was Bates and the surrounding hills.  He also enjoyed watching Bailey and Brayden play basketball and was thankful to his travel buddies Jim Mays and Ron Combs for making the trips with him.

He was preceded in death by his wife Marla Coalwell; parents Frank Coalwell and Betty Coalwell-Morris and stepdad Swede Morris.

For those who would like to make a donation in memory of Jerry the family suggests the Ronald McDonald house and St. Jude Children’s Hospital through Tami’s Pine Valley Funeral Home and Cremation Services, PO Box 543 Halfway, Oregon 97834. Online condolences can be shared at www.tamispinevalleyfuneralhome.com

To send flowers to the family or plant a tree in memory of Jerry Coalwell, please visit our floral store.

You can still show your support by sending flowers directly to the family, or by planting a memorial tree in the memory of Jerry Coalwell
Share a memory
© 2020 Tami's Pine Valley Funeral Home and Cremation Services. All Rights Reserved. Funeral Home website by CFS & TA