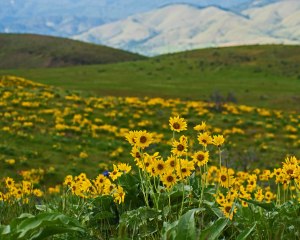 James "Jim" Corrigan, 80, longtime Halfway resident, died on Thursday, February 20, 2020 at Juniper Meadows Care Facility in Baker City, Oregon. A Mass of Christian Burial will be held on Saturday, March 7, 2020 - 11:00 a.m. at St. Terese Catholic Church in Halfway, Oregon.  At noon he will be laid to rest at Pine Haven Cemetery with Military Honors.  A potluck reception will be held immediately following at the Halfway Lions Hall.

James Allen Corrigan was born on February 21, 1939 in Tacoma, Washington.  He was raised in Tacoma and graduated from Clover Park High School.

Jim met Deania Lynn Gover through her brother Dan. They were married on July 20, 1963 in Richland, Oregon and had one son, Tod. Jim served in the Air Force and lived in many places including Minnesota, Turkey, England, New Mexico, Korea and North Dakota.

After 24 years, Jim retired from the Air Force.  He then returned to the valley that he adored, “Halfway, Oregon”. Jim first took a job as a bartender at the Stockman’s.  He was later employed at the Halfway Elementary School as a custodian for 15 years.

Many folks remembered him for his amazing sense of humor! His favorite season was winter and he Loved the snow …. NOT!!!

He was a member of the Halfway Lions Club and VFW Post #7847.  Jim enjoyed volunteering and helping with the Senior meals every week at the Elementary School.  He also worked with the Jr. Rodeo, the Sheriff's Posse, and the summer program with kids.

Jim enjoyed camping, woodwork, meeting new people and traveling.  One of his favorite past times was spending time taking in the scenery from his front porch and hanging out with his friends and family.

He was preceded in death by his parents; brother in laws Bob Wallace and Dan Gover; sister in law Becky Hansen.

Jim is survived by his wife Deania; son Tod Corrigan; grandchildren Michael & Carissa; Great grandkids Caidence and Quincee; sisters Kitty Wallace and Sharon and husband Gary Fastnatch; numerous extended family, nieces, nephews and cousins.  He will be missed by all.

For those who would like to make a memorial donation in memory of Jim, the family suggests a local charity of your choice through Tami's Pine Valley Funeral Home PO Box 543 Halfway, Oregon 97834.  Online condolences may be shared at www.tamispinevalleyfuneralhome.com

To send flowers to the family or plant a tree in memory of James "Jim" Corrigan, please visit our floral store.