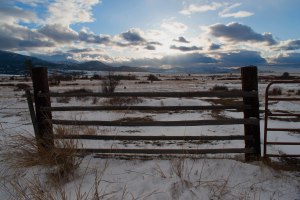 Homer Harrison, 79, of Mt. Vernon, died Monday, February 8, 2021 at his home.  A private family gathering will be held at a later date.

Homer L. Harrison was born on June 10, 1941 in Decatur, Iowa. The family moved to Columbia County in 1945 and Homer attended elementary school in Yankton, Oregon. Homer graduated from St. Helens High School in 1960.

Following high school Homer  was drafted into the Army serving in Germany from 1963 to 1965.  Homer met and married Jeannette Huckins on June 22, 1968 in Drain, Oregon. and made their first home in Delena and had two sons, Bill and Scott. They later purchased a ranch and moved their family to Mt. Vernon in 1979.

Homer loved working with wood and building things.  He was a 4-H leader and loved being involved with his boys activities.  He was the hog barn and also the fruits and vegetable superintendent for several years. Homer was also a member of Mount Vernon Rural Fire Protection District and served as fire chief for a few years.

His favorite color being green, favorite season Spring, favorite team the Blazers.  Homer enjoyed home grown foods and his good health.  A few catch phrases "Huh!"   or "he went to Drain and got caught in the trap."  Homer would not answer a question with "yes" or "no" it was always "maybe or I guess."

Memorable times in his life included the birth of his sons and he and Jeannette's 50th wedding anniversary.  He was proud to of fulfilled his dream as a young boy of having a ranch of his own and raising cattle.  He had a personality that never knew a stranger, they were all friends.

He was preceded in death by his parents, a brother, a sister and 3 brother's in laws.

For those who would like to make a memorial donation in memory of Homer, the family suggests the John Day Farmer's Market through Tami's Pine Valley Funeral Home & Cremation Services PO Box 543 Halfway, Oregon 97834.  Online condolences may be shared at www.tamispinevalleyfuneralhome.com

You can still show your support by sending flowers directly to the family, or by planting a memorial tree in the memory of Homer Harrison
Share a memory
© 2021 Tami's Pine Valley Funeral Home and Cremation Services. All Rights Reserved. Funeral Home website by CFS & TA | Terms of Use | Privacy Policy