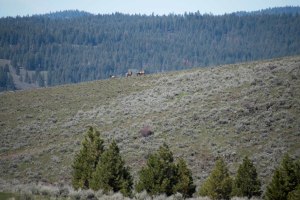 Gerald (Bobby) Rehder, 69, of Ritter, Oregon passed away on July 2, 2021 in Prairie City after a long battle with Parkinson’s.

Bobby was born in John Day, OR to Robert and Janice Rehder on October 10, 1951.  He attended Mt. Vernon Elementary School until the family moved to Ritter and he began 5th grade at Long Creek where he graduated in 1969.  Bobby furthered his education at University of Oregon studying Earth Science and remained a true Oregon Ducks fan throughout his life.  Basketball was one of his favorite sports as he could tell you every player and their stats.  He had a remarkable ability at playing pinochle and he would recall every trick that was played. He seldom ever lost a game and it was always a pleasure to be his partner.

Bobby married Kelly Brady in 1977 at Battle Mountain State Park.  This union ended in divorce several years later but he and Kelly always remained friends. Bobby worked in the logging business working for Britt Logging, Inc. of Pilot Rock for numerous years. He operated heavy equipment for various contractors.   He had a vast knowledge of the woods and began his own post/pole business.   He would fill orders of 10,000+ post for ODFW and others on numerous occasions.  He would split manually each one and load by himself.  Hard work was never a challenge for him. After his father passed away he returned to the home ranch and helped his mother for several years. At this time his Parkinson’s was becoming a major issue for him and restricted him from doing necessary duties on the ranch.   Bobby would enlist in friends to help him on projects and then he and his mother would spend many days hunting and fishing and enjoying the mountains. He brought home many trophy trout and would be the first to tell about each catch.

In later years he developed a great deal of joy from doing mining.   Him and his friend Bill Cole spent many days reminiscing the great times of mining together. Bobby enjoyed mining various minerals and enjoyed seeing the jewelry that was made from some of his collections.

He is preceded in death by his parents and Brother William.

Bobby is survived by  his sisters Belinda (Larry) Ellis of Pendleton, Benita (Tony) Britt of Baker City along with several nieces and nephews that he was most proud of. The family would like to thank the Blue Mountain Nursing Home and Blue Mountain Hospice for their compassion during this time.  A private Celebration of Life will be held at a later date.  Memorial contributions can be made to the Parkinson’s Foundation or a charity of one’s choice through Tami’s Pine Valley Funeral Home & Cremation Services PO Box 543 Halfway, Oregon 97834.  Online condolences may be shared at www.tamispinevalleyfuneralhome.com

You can still show your support by sending flowers directly to the family, or by planting a memorial tree in the memory of Gerald "Bobby" Rehder
Share a memory
© 2021 Tami's Pine Valley Funeral Home and Cremation Services. All Rights Reserved. Funeral Home website by CFS & TA | Terms of Use | Privacy Policy