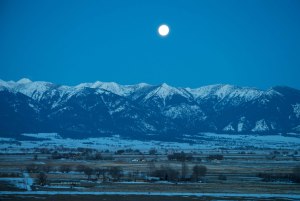 Edison William Bowman was born March 8, 1942, in Modesto, California, and passed away in Richland, Oregon on September 16, 2021 at the age of 79. He was called to his eternal home after succumbing to cancer.

Ed was raised by Charles and Ruby Bowman on a small family farm in the Wood Colony area west of Modesto. Ed was the eldest of three brothers, a quintessential big brother to Eugene and Charles. He attended Hart Ransom School and later graduated from Modesto High School. His involvement in Future Farmers of America, raising pigs and attending many livestock shows, led him to the lifelong calling of stewardship in the form of caring for livestock. Ed was also a steel craftsman and artist, a humbly expert welder: a fixer of many a broken hitch and builder of dozens and dozens of custom dinner triangles. This pursuit and expertise allowed him to make many meaningful connections with people, another calling about which he was incredibly passionate.

In March of 1962, Ed married his beloved, Nancy Anderson. Shortly thereafter, they settled in Modesto on a dairy farm, beginning his career in cattle husbandry and management that later extended to a successful business breeding and showing purebred beef cattle. Together they built a brood, six children in all, and all of whom inherited Ed’s deep love of hiking, hunting, and fishing in the mountains of California’s Sierra Nevada. Ed’s love for tromping around the starkly beautiful alpine wilderness, and climbing its high peaks, appealed to his deep desire for constant communion with God, whom he found especially present there.

From a young age, Ed adored sacred choral music. He had a resonant, remarkable bass voice and finely tuned ear for harmony; this was developed in childhood during many hours of praising God in a cappella song in the Old German Baptist Church, in which he was raised and came to know his savior, Jesus Christ. One of Ed’s fondest memories was performing “Elijah” by Felix Mendelssohn, with the Modesto Masterworks Chorus.

In 2005, Ed and Nancy moved to the small town of Richland, Oregon. He was truly in his element, offering his services as an AI technician and helping neighbors with shop repair work. He faithfully served for a number of years on the Eagle Valley Rural Fire Protection District board of directors, an extension of his many years as a volunteer firefighter for Salida Fire Department in California. In California, Ed and Nancy had also enjoyed raising many rescued marsh hawks and owlets, releasing them back into the wild. In Richland, bird and wildlife watching remained a hobby and delight for both Ed and Nancy throughout their time together.

Ed’s love for people was his greatest gift. A mentor always, he was never afraid to speak of his faith and love for Jesus. Out of that love flowed much of his life’s work and involvement with people. Ed’s deep love showed through most when he was with younger children, giving many grandchildren tractor rides, building incredible tree houses, and taking great pride in sharing all that he had learned about life and faith. He was always encouraging to others and maintained that until the very end.

A graveside memorial service will be held Friday, September 24, at 10:00 AM at Eagle Valley Cemetery in Richland, Oregon. Following the service, friends are invited to join the family for a potluck lunch at the Richland Grange. Main dish and drinks will be provided. Please bring a side dish and/or dessert. If desired, donations can be made in Ed’s honor to the Eagle Valley Rural Fire Protection District or Gideons International through Tami’s Pine Valley Funeral Home and Cremation Services. PO Box 543 Halfway, OR 97834. Online Condolences may be shared at www.tamispinevalleyfuneralhome.com.