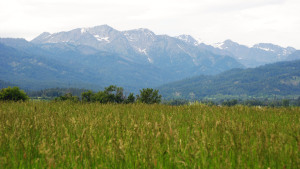 Read more about the life story of Doug and share your memory.

He was born a cowboy. He even asked his teacher to call him Roy Rogers. That was Doug Payton. Doug, 77, passed away at home, his favorite place, on November 8, 2022, with his wife by his side. Doug was born on November 22, 1944 in his grandma's house on Fish Lake Rd. in Halfway, to Virgene and Everette Payton.

Doug was raised in Halfway with his sisters Ronda and Dawn. Halfway was his home and he never strayed too far from it. He attended all years of school in Halfway and graduated from Pine Valley High School in 1962. He then attended college at Eastern Oregon University, Treasure Valley Community College, Portland State, and back to EOU to graduate in 1964 with a diploma to teach history. He skipped his graduation to go to a roping, decided he would make more money shoeing horses, and never looked back.

He had a passion and a way with horses where he could do just about anything with one and if he couldn't there was always a nerve line. He met the love his life Beth and they married in 1973. He gained 4 stepchildren, Renece, Darwin, Tom, and Travis who he loved as his own. In 1984 they adopted their daughter Billee and the family was complete. Doug spent his years training horses in Washington, shoeing horses in Oregon and Idaho, and rodeoing around the country. He worked for the county road department for over 20 years.

Doug and his family started Payton Quarter Horses where they raised colts, bred outside mares, and broke horses. He also continued to shoe horses. He served on the Baker County Fair board for numerous years, served as arena director for the rodeos, as well as head of the roping club. Doug loved to ride horses and hunt in the mountains around the valley. He loved weekly roping practices in the summer. He knew every horse and dog he ever owned.

One of his favorite things was mentoring kids and teaching them how to rope. One proud accomplishment was attending the Dean Oliver first roping school in 1970. In later years if you ever saw a beat-up red Toyota pickup coming down the road at 10 m.p.h. it would be Doug and his canine companion Gracie. Doug loved his family. He loved his community and his neighbors. He had many friends. He was a hometown hero.

He was preceded in death by his parents Virgene and Everette Payton, sister Ronda Dillman, stepson Travis Prince, and great grandson Grady Troyer. There will be a memorial roping in the summer of 2023 in Doug's memory (date, time, place to be announced). If you would like to make a donation in his name please do so to the Pine Valley Fair Association or the Hells Canyon Jr. Rodeo through Tami’s Pine Valley Funeral Home & Cremation Services PO Box 543 Halfway, Oregon 97834. Online condolences can be shared at www.tamispinevalleyfuneralhome.com

If you want to live in honor of Doug be kind, be patient, and help someone anytime you can. 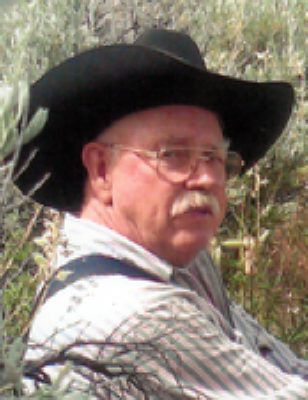 You can still show your support by sending flowers directly to the family, or by planting a memorial tree in the memory of Doug Payton
SHARE OBITUARY
© 2022 Tami's Pine Valley Funeral Home and Cremation Services. All Rights Reserved. Funeral Home website by CFS & TA | Terms of Use | Privacy Policy | Accessibility