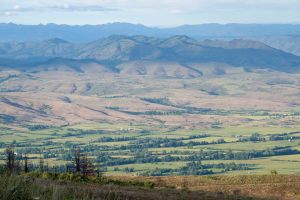 Don Martin, 96, a longtime Halfway, Oregon resident, died at St. Lukes Meridian Hospital with his family at his side on Tuesday, February 4, 2020. A Celebration of Don's Life will be held at a later date. (time, date, place to be announced)

After high school, Don went on to Cal Poly in San Luis Obispo, California until he joined the Navy.  Don served in World War II on the ship U.S.S. Hendry.

After serving in the Navy, Don bought a small ranch in Glennville, California. Shortly after that a friend of his partnered up with him purchasing a Bar in Bakersfield, California. For many years he worked the ranch in the day and the Bar at night. After selling the Bar he became a full time rancher. In May of 1953, he met the love of his life, Yvonne Champlin at a rodeo.  He married her a month later on June 26th.

In 1960, Don sold his ranch in California and purchased a ranch in Halfway, Oregon. He then moved his wife and children to Halfway where he spent the rest of his life doing what he loved most- working the ranch.

Don spent time hunting in the fall over the years, but the rest of the year was all work. He loved to grow a garden every year and had one every year up until the time of his death. He always enjoyed eating all of the fruits and vegetables that he grew.

While still residing in California, Don served as a school board member and belonged to the Greenhorn Mountain Organization.  After he moved to Oregon he was a member of American Cattlemen Association, N.F.O., and V.F.W.

Don is preceded in death by his brother Leroy Martin and sister Mary Stone.

Don would like any memorial donations to be made to the reelection of President Trump (Donald J. Trump) as he had hoped to live long enough to see him reelected.  Contributions can be sent through Tami’s Pine Valley Funeral Home and Cremation Services PO Box 543, Halfway, Oregon 97834.  Online condolences may be shared at www.tamispinevalleyfuneralhome.com

To send flowers to the family or plant a tree in memory of Don Martin, please visit our floral store.

You can still show your support by sending flowers directly to the family, or by planting a memorial tree in the memory of Don Martin
Share a memory
© 2020 Tami's Pine Valley Funeral Home and Cremation Services. All Rights Reserved. Funeral Home website by CFS & TA | Privacy Policy | Terms of Use