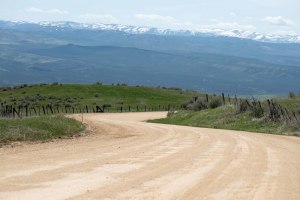 Daniel Sword, 73, a longtime resident of Baker City, OR. died, Tuesday, July 14, 2020 at home surrounded by his family.  As per his request, there will be no funeral service.

In 1976 he married Kay Smietana and together they had a son, Dan Jr.

Dan worked as a logger for 20 years.  After retirement he was employed for the City of Baker as a cemetery sexton, setting headstones and maintaining the cemetery grounds.

Dan was preceded in death by his sister Judy Sword.

He is survived by his wife of 44 years Kay Sword; son Danny Sword; sister Karen Sword.

For those who would like to make a donation in memory of Dan the family suggests the VFW through Tami’s Pine Valley Funeral Home and Cremation Services PO Box 543, Halfway, Oregon 97834. Online condolences can be shared at www.tamispinevalleyfuneralhome.com

To send flowers to the family or plant a tree in memory of Dan Sword, please visit our floral store.

You can still show your support by sending flowers directly to the family, or by planting a memorial tree in the memory of Dan Sword
Share a memory
© 2020 Tami's Pine Valley Funeral Home and Cremation Services. All Rights Reserved. Funeral Home website by CFS & TA