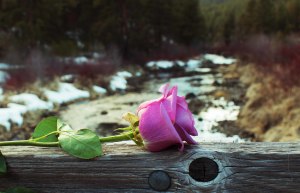 Shirley King, 87, of Baker City, Oregon died at her home Friday, November 15, 2019.  A private family gathering will take place at a later date.

Shirley LaRue (Dimmick) King was born February 23, 1932 in Baker, Oregon to parents Daniel and Edith Dimmick.  She received all of her primary education in Baker and graduated from Baker High School in 1950.  Shirley later attended Central Oregon Community College in Bend, OR where she earned a degree as a Licensed Practical Nurse.

Shirley volunteered for the Oregon Certified Long-Term Ombudsman whose mission is to protect rights and promote dignity of people who live in long term care facilities. She served in Baker city, Prairie City, John day and Ontario.

.Shirley cherished going to church, singing in church, and leading Bible studies. She  enjoyed sewing, crocheting, and plastic canvas. She also loved the outdoors, camping, picnicking and riding around the mountains with her husband Dave.

For those who would like to make a memorial donation in honor Shirley the family requests they be made to charity one’s choice through Tami’s Pine Valley Funeral Home and Cremation Services PO Box 543 Halfway, Oregon 97814. Online condolences can be shared at www.tamispinevalleyfuneralhome.com

To send flowers to the family or plant a tree in memory of Shirley King, please visit our floral store.

You can still show your support by sending flowers directly to the family, or by planting a memorial tree in the memory of Shirley King