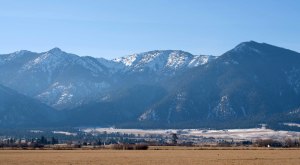 Donald Eugene Emerick Jr. was born January 8, 1950 to parents Donald and Chlora Belle Emerick in Boise, Idaho.  He was educated in Wichita, Kansas, Mountain Home, Idaho and Pendleton, Oregon where he completed his education in 1967.  Don then joined the Army and served from 1967 to 1971.

Don was married twice and during which time he was blessed with 5 children.

Don worked as a supervisor at Pendleton Woolen Mills for 22 years as a “Fixer” and Supervisor of the “Fixers” of the looms.  He then began a career driving truck for various companies including Swift, Kraft and Gresham Transfer. He also worked at Community Connections.

Don was a member loyal member of the American Legion, VFW, Elks and Eagles.

Don enjoyed camping, hunting and above all creek and shoreline fishing.  He loved to cook BBQ for family gatherings, his specialty being chicken with Johnny’s. Don was a serious guy but also known to be a flirt.  He was an “urban cowboy” who loved country music and Coors Light. Memorable dates in his life included the births of his children and grandchildren.

He will be remembered for his “Donnie laugh”, salty language, story telling and the love he had for his family and friends.

Don was preceded in death by both parents and son Donnie Dean Emerick.

For those who would like to make a donation in memory of Don the family suggests the Baker City Eagles Lodge through Tami’s Pine Valley Funeral Home and Cremation Services PO Box 543, Halfway, Oregon 97834.  Online condolences can be shared at www.tamispinevalleyfuneralhome.com

To send flowers to the family or plant a tree in memory of Donald Emerick Jr., please visit our floral store.