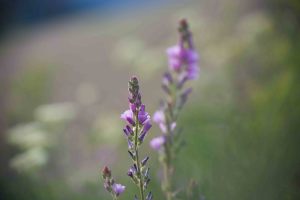 Carol “Sherry” Charmaigne Tone, 76, of Baker City, passed peacefully at home on January 31, 2019, returning to the company of her beloved mother LaRee Larsen and grandmother “Memo” Ida Coon Klein for a long-overdue game of cards.A celebration of Carol's life will be held on Flag Day this coming Friday, June 14th, 2019 at St. Stephen’s Episcopal Church in Baker City at 2:00 p.m., followed by a potluck reception at the VFW at 3pm.  Attendees are encouraged to wear something purple in her honor and bring their favorite dish.

Carol was born on Flag Day, June 14, 1942, in San Diego, California to Eva LaRee Ivie and Ernest LaVern Crego at the naval base in San Diego.  By the age of four, she was blessed to gain her “Dad” Keith Larsen and stepmother Elaine Crego.  After several years as an only child, she was overjoyed when siblings Dee Dee, Janice, and Stephen came into her life, and enjoyed many summer vacations together in Northern California.

She grew up in Baker City and spent much of her childhood as a “mine kid”, adventuring around the family mines near Greenhorn City with her cousin Gordon Boorse.  She graduated with the Baker High School Class of 1960, keeping many lifelong friends she enjoyed into her sunset years.

After graduation, Carol moved to Portland and met the love of her life, Staff Sergeant John Tone, Sr.  They married in 1962, and were blessed with son John David, Jr. and daughter Catherine (Kay).  Tragically, she lost John at age 23 to Hodgkin’s Lymphoma in 1966 and faced the world as a 24-year-old widow with two small children.  She never remarried, as she never found another love that compared to John.

In tribute to the husband she lost, Carol dedicated the rest of her life to civil service, focusing on veteran’s services.  She took tremendous pride in her career as a federal employee for nearly two decades, working for the Veteran's Administration offices in Mare Island, Boise and Portland.  Her dedication to her work earned her many service awards, merits, and personal commendations from her superiors and commanding officers.  She was passionate about helping servicemen receive their entitlements, helping many obtain benefits they were unaware of.  Her impact on helping vets continued long after she retired, with many keeping in touch throughout the years.  In her spare time, Carol went on to become a lifelong member of the Veteran of Foreign Wars Ladies' Auxiliary in Baker City.  Upon her retirement from civil service, Carol embarked on a mission to assist the senior citizens of Baker County, working for several years with Community Connection and Elkhorn Village.

Carol saw the best in everyone, befriending people from all walks of life.  Her compassion and capacity for love and forgiveness knew no bounds, and she believed that everyone deserved to be loved.  She also had a knack for humor, making people laugh whether they wanted to or not.  She delighted in conversing with friends and family, bringing a touch of humor to most everything she did.  Carol was the kind of person who would warmly engage with anyone who crossed her path, stranger or otherwise, greeting people with friendliness and humor.  Children and pets were drawn to her kindheartedness, and she was known to lavish her affections on the babies of family, friends, and even trusting strangers.

Not only was Carol a loving mother, grandmother, sister, and friend; she was also an award-winning crochet enthusiast and avid card player.  Many nights were spent with friends and family playing Cribbage and other card games she enjoyed during her childhood at the mines.  For decades, she skillfully crafted amazing crocheted pieces for herself and loved ones and was elated when one of her beautiful afghans won a top prize at the Idaho State Fair.

Despite suffering from poor health for most of her life, Carol still found a way to provide for her family and generously help anyone she could.  In her final years, she suffered from several mini-strokes, congestive heart failure, and ultimately Parkinson’s disease, yet even in her darkest hour, she assured her family and friends of how much they were loved.Carol leaves behind a large circle of family and friends, including her son, John Tone Jr.; her daughter Catherine Dodgens and son-in-law Vincent; siblings Diane “Dee Dee” Payne, Stephen Crego and sister-in-law Kathy; granddaughters Misti, Megan, Amelia and Amber; great-grandsons Carsen and Eric; nieces and nephews Jenny, Jesse, Kimberlie, Stephen Jr., Morgan, Eric and their families; and numerous lifelong friends and “adopted” family members; honorary son Donald Gilliland and family.

After 54 long years she has been reunited with her beloved husband John David Tone, Sr., as well as her parents LaRee Larsen and Ernest Crego, dad Keith Larsen, grandmother Ida Coon Klein, stepmother Elaine Crego, sister Janice Duncan, brother-in-law Ted Payne, nephew Johnny Payne, and so many friends she considered to be family throughout the years.

The family asks that those wishing to honor Carol plant a flower or tree while reflecting on their favorite memory of her.

To send flowers to the family or plant a tree in memory of Carol Tone, please visit our floral store.